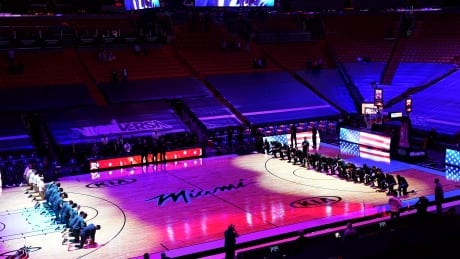 With words and actions, several NBA teams showed dismay Wednesday, hours after a violent mob loyal to President Donald Trump was able to storm the U.S. Capitol, and in response to a decision by a Wisconsin prosecutor not to charge a police officer who shot a Black man last year.

COVID-19 related death of an inmate

FedDev Ontario to announce support for health innovation in Kingston

Support pours in for Sask. chief medical officer after protest outside his home